Introduced Blockchain solutions in Saudi Arabia in early 2016 by creating Ateon (www.ateon.net); a systems integrator of solutions from distinguished international partners. Grew the company organically; “like organic produce, tastes better, healthier and made me happier than those injected with startup drugs” .  Spoke at conference in KSA, Dubai, and London.  Built a strong dedicated team, educated and coached the team, and within less than a year, the company won contracts; which were reported on by international media.  Ateon now is a known and recognized player in Saudi Arabia and the region.

Managed a SAR/SAT classified project for the Saudi Royal Air Force valued at SR65M, delivered on time and within budget, and client was pleased.

Coached my teenage boys into entrepreneurship at age 13 & 14.  They built three companies – BlocMint, AidMaid, and Chillax, pitched and presented at regional conferences, and became stars in the region (www.aidmaid.net/gallery.html).  My daughter, at age 10, created an initiative “Smiles” to bring some joy to the less fortunate.  She has expanded the initiative and will continue to develop it.  http://smiles.aidmaid.net/

I climbed the ladder of life from the bottom all the way to where I am now. I was financially poor, but was rich with morals, faith, and education.  Over 40 years ago, I learned and mastered chess.  My coach was a chess champion in Jordan who was visually impaired (blind man), Dr. Mohamed Younis (bless his soul).  I still have that very first chess board which was specially made for the visually impaired.

Long ago, I published a heavily mathematical book on Reservoir Simulation along with a computer program to predict the amount of oil or gas in a given geographical area. 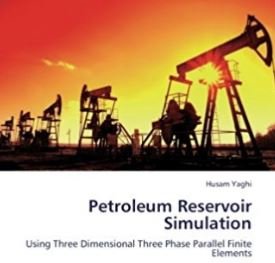 Over 30 years ago, I designed, implemented, and managed one of the first FDDI high speed backbones connecting several engineering buildings and linking to a national high-speed research network; the Synthesis Coalition.  At the same time, I secured external funding to build the first Internet & email network on campus; BitNet; funded by the National science Foundation.

About 15 years ago, I helped build a technology startup; Kahmas Technology, for my friend Dr. Nayef Al-Rodhan, the most brilliant Arab neurosurgeon, philosopher, and writer.

Last but not least, I’m a lousy husband, a photographer, a chess player, and a peace lover.   I love women: my mother, my wife, my daughters, and my sisters.